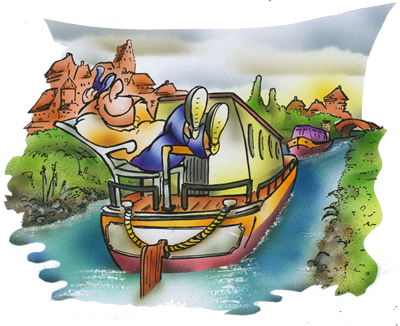 The crew and associates at Boat Buddys have all had considerable experience in boating. All have owned boats over many years. Two of us owned a Smack of 60 feet, on deck, gaff rigged built in 1915 and operated it commercially for a number of years. Another ran a sailing school and later worked as a professional skipper. Whilst not pretending to know everything we think we have enough knowledge between us to recommend Boat Buddys to you.

After many years of boating the opportunity of owning a half share in the Smack was presented, I took the plunge. What followed was an amazing roller coaster ride of fantastic experiences, crippling expense and an unrelenting commitment.

It was a great time, but unsustainable. Anyone who has owned a wooden boat will have an appreciation of the time and money needed to keep in in good condition, and 60’ of smack is a lot of boat to paint and varnish.

Shareholders were brought in, but a year of so later the boat was sold.

I tried a canal narrowboat next, buying a share in a new boat, as my wife preferred calmer waters. We did this for a few seasons, along with some sailing with friends, and hiring a couple of sailing boats. However, she was not happy operating the locks and did not like steering the boat. At 58 feet, it was rather like steering a pencil. Easy enough, unless you lost concentration and it all got out of shape, then getting it back took a bit of effort.

We sold our share, and I found myself boatless. For a while I looked around the boat market and crewed for others, whilst contemplating my newly found freedom. I was almost tempted to buy another boat, but my wife was not keen and I didn’t really have enough time, or live close enough to a marina of choice. 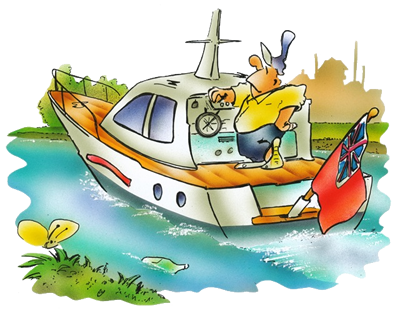 Another problem was that of crew. A small sailing boat, river cruiser or barge could be handled by 2 people, but other than my wife, who preferred the inland option, getting a mate afloat for more than a couple of days was always challenging. Then there was the maintenance, unpaid help was always thin on the ground. No, past experience had taught me not to rush into anything.

Looking though some advertisements I came upon a half share in a 26 foot sailing boat based in Chichester harbour, on a half tide pontoon berth. I thought very seriously about this, but even a half share meant an outlay of £5,500 and then the ongoing costs of mooring, maintenance etc.

It was during this period of contemplation that the Boat Buddy idea came to me. Although the owner was a stranger, he was a sailor, like me. As a past owner myself I appreciated that his boat was personal to him, and that advertising for a partner was probably a decision not easily made. Through conversation and emails I discovered that he ran his own business and was reasonably well off, and had another newer larger yacht in France. We were about the same age and soon were exchanging sailing tales.

The boat was important to him and he was only looking for a shareholder to avoid selling it altogether. What with business commitments and another yacht, it was seldom used.

I explained to him that in reality I could only get about 3 weeks sailing in during the year and that on that basis a 50% boat share was not ideal, particularly as it was a 5 hour journey from home. Instead how about a contribution of £ 1,200 to cover the berthing fees, for 3 weeks use during the coming season.

Well, I have to say he was initially pleased, as the contribution was not insignificant, and later very pleased as he realised that he would still own the boat outright. A good deal for both parties!

We met twice and liked each other. On the second occasion we took the boat out and I was able to show him that I wasn’t a complete duffer.

In fact he gave me unlimited use of the boat for the season, but due to commitments I took less than the 3 weeks. I treated the boat as an owner would and always left it in a condition ready to go. 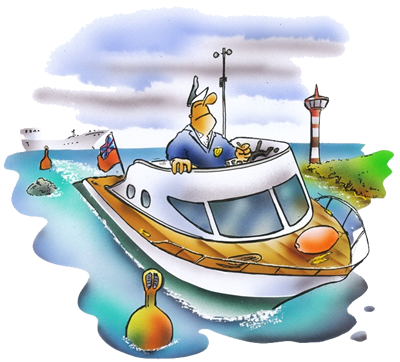 The following year, and to please my wife, I looked for a motor cruiser share on the Norfolk Broads. Again I came upon a 50% share for sale and upon enquiring found the reason for offering the share much the same, to avoid selling the boat. Once more I put my proposition. The owner was really pleased with the idea and in fact suggested it to 2 other enquirers. He now has 3 Boat Buddys and 3 new friends all paying £ 1,000 towards his expenses, and again as it has turned out all 3 of us are busy people.

I’ve had the most use of the boat this season, even more than the owner and that is 14 days. Any small jobs that need doing I do at my own expense, because it’s a great deal as far as I am concerned and the owner keeps a boat he would have had to sell or sell a 50% share in.

The other major benefit for the owner is that he can divorce his Boat Buddy and get another if things go wrong. It is difficult to extract yourself from an unhappy boat share arrangement, when you don’t own the boat outright. Once a share is sold, particularly if it is 50%, every decision becomes a joint decision and disagreements are a certainty.

Of course an Owner and Boat Buddy could fall out, but as their arrangement is seasonal, it’s not so hard to rub along together in the short term and without the complication of joint ownership, either party can walk away. Hopefully on reasonable terms.

Clearly no Boat Owner wants to hand over their pride and joy to another skipper, unless there is good reason, and a level of trust. However, this may be the only way of keeping the boat, and sometimes sharing the responsibility lifts the load somewhat. I’d like to think that I’ve achieved that for my Boat Owner and I only wish that there had been a Buddy or two on the scene in the past for me.