Boats > My boat and me located on the River thames at Erith. (Looking for Crew/Relationships/Buddies) 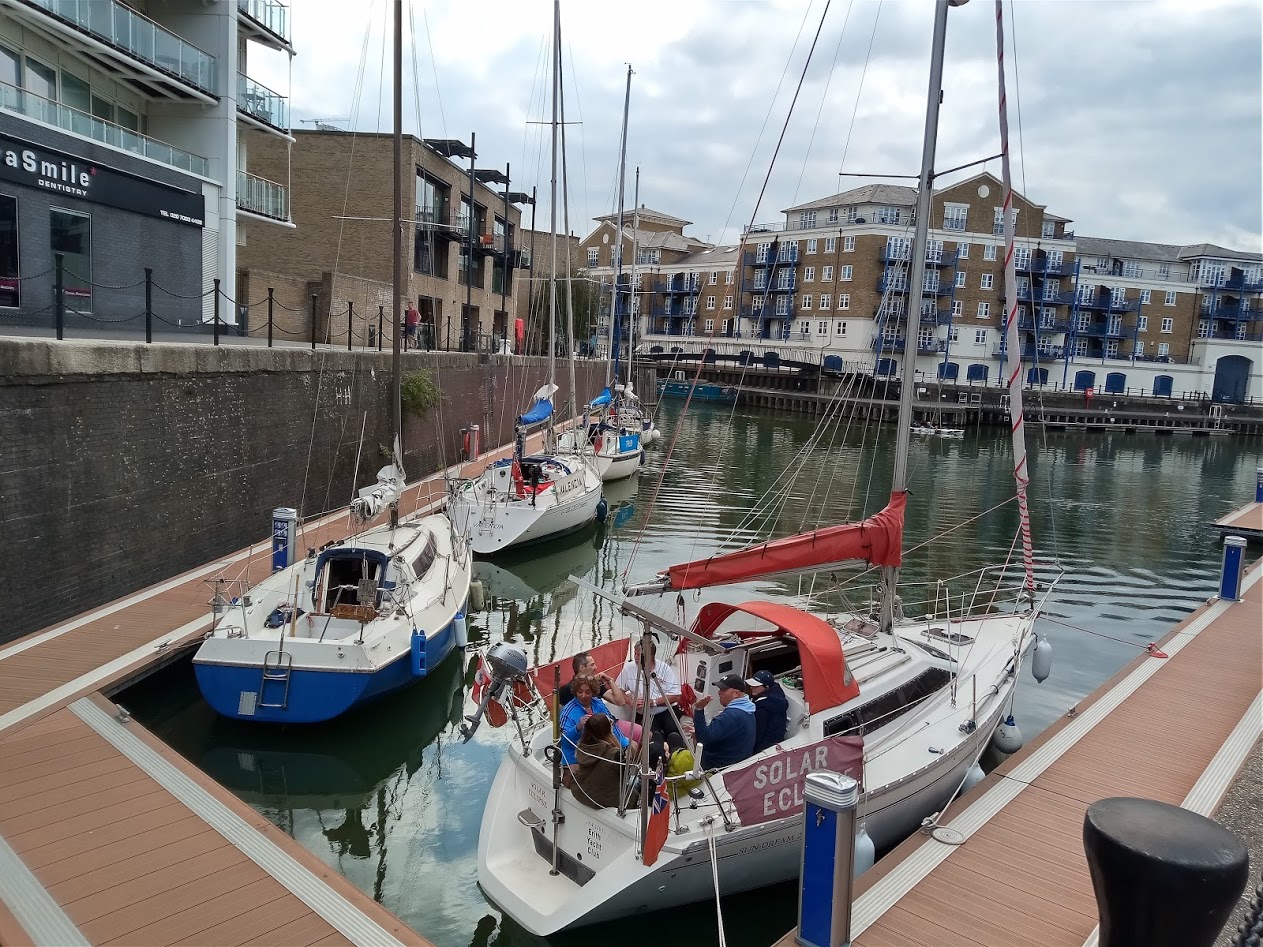 Used to sail at a local lake in my teens on various Dinghy's but that stopped when i got onto mountain biking then years later joined my local yacht club on dinghies for the first year in 2009 then started sailing yachts in 2010 and had my first yacht a 19ft builge keel Sadler Seawych called Bewyched, but i quite enjoyed the club racing but not enjoying being an hour behind everyone i sold the seawych then had a David Thomas designed fin keel Intro 22 called  The Act which the Hunter Sonata was based on, i had that for 6 years then in 2017 got a 1988 Jeanneau Sundream 28 called Solar Eclipse which i bought at Burnham On Crouch Yacht Harbor it is a lifting keel which i have done a vast amount of work on. I prefer to sail with other boats and we sail to Limehouse, St Kathrines dock, Queenborough, Other clubs and were aiming to sail to France in 2020 before the pandemic happened.


When people are on my boat and if they are experienced im happy for them to take helm while i crew, I provide food and drinks but contributions are welcome. I still have a lot to learn, i should of picked up a lot by now but find reading the weather hard still, maybe it was the bang on my head in 2015 when i had a motorcycle crash.

I am 45, a non smoker, social drinker, bit plump, shy and have never had a relationship so would not know where to begin, but i am looking for crew/friendship/relationships but no relations with ships :D !